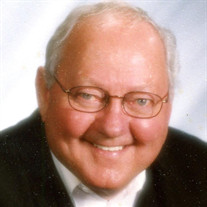 William F. “ Bill” Randles William F. Randles, 82, passed away peacefully on Sunday morning, March 6, 2016 Bill was born in Coshocton, Ohio on December 12, 1933 to Chester G. and Mildred Barcus Randles. He graduated from Fresno High School and attended the DeVry Institute of Technology before being called to serve in the U.S. Army as a member of the Signal Corps. Following his military service, Bill recognized that the fledgling cable television industry presented opportunities, and embarked on a cable career that spanned 45 years. Bill worked to secure cable franchise rights in Zanesville in the 1960s, then supervised construction and management of what was known as Better TV of Zanesville. Through various posts and assignments, he advanced a career that came to include an ownership interest in cable systems in 6 states, but the Zanesville system remained part of his professional life until he retired from Time Warner Cable in 2002. Bill was a charter member and honorary life member of the Ohio Cable Television Association (OCTA); he was a member of the National Cable Television Association; he was inducted into the Great Lakes Cable Hall of Fame; and in 1985 he was selected as a member of the 20th Class of Cable Television Pioneers. Bill was similarly involved in the Zanesville community, believing that each of us has a responsibility to make meaningful contributions where we live and work. He was a past member of The Fraternal Order of Elks and the Zanesville Rotary Club. He was a founding member of the Zanesville-Muskingum County Port Authority and the Muskingum County Community Foundation. Bill served as campaign chair and later President of the United Way of Muskingum, Perry and Morgan Counties. He was particularly proud of his nearly 20 years as a member of the board of First National Bank of Zanesville. He was recognized for his community service and leadership by the United Way with the Alexis de Toqueville Award in 2000; by the Muskingum Valley Council of the Boys Scouts of America in 2004; and by the Muskingum County Community Foundation with the Dick Johnson Civic Leadership award in 2006. Bill is survived by his sister, Ada Haines of Coshocton, Ohio; his children, all of whom reside in Zanesville-Jeffrey L. Randles, Steven G Randles (Halle), and Lisa S. Randles Norris (Tim); his grandchildren – Justin W. Randles (Ann M. Brandish), Paige M Bierce(Ben), Hunter J Riggs, Clare Randles Moore(Brent), Tyler Randles, Payton Norris (Katie) and Maya Norris; and great grandchildren- Bentley Bierce and Jackson Moore, In addition to his parents, Bill was preceded in death by siblings- Paul L. Randles, Kenneth E. Randles, Ruth I. Zetty, Donald E. Randles and Esther N. Pickrell. Bill’s family would like to express gratitude and appreciation to the residents and staff of the Abbot Home for their friendship, comraderie and care during his time there. Calling hours will be observed on Thursday, March 10, 2016 from 4:00 to 8:00 p.m. at Hillis, Combs & Nestor Funeral Home, 935 Forest Avenue, Zanesville, and one hour prior to services on Friday. A Celebration of Life service will be held at North Terrace Church of Christ, 1420 Brandywine Boulevard, Zanesville on Friday, March 11, 2016 at 11:00 a.m. with Rev. Dr. W. Terry Schoener officiating. Burial will follow in Zanesville Memorial Park with VFW Post 1058 and the United States Army conducting full military honors. In lieu of flowers, the family requests that contributions be made to the Randles Family Fund c/o Muskingum County Community Foundation, 534 Putnam Avenue, Zanesville, OH 43701, (740)453-5192. To sign the online guestbook or leave a personal note of condolence please visit www.hilliscombsnestor.com

The family of William "Bill" F. Randles created this Life Tributes page to make it easy to share your memories.

Send flowers to the Randles family.