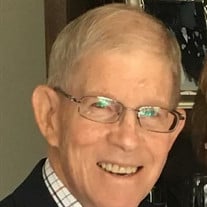 Timothy R. Longstreth, 73 of Fort Myers, Florida, formerly of Zanesville, died at 10:49 AM, Saturday, July 7, 2018, at Genesis Morrison House Hospice surrounded by his loving family. He was born December 26, 1944 in Zanesville to Martha (Christ) and Ray Longstreth. He was a graduate of Bishop Rosecrans High School, received his bachelor’s degree from the University of Notre Dame, and his master’s degree from The Ohio State University. Tim was a dedicated and faithful member of St. Thomas Aquinas Catholic Church in Zanesville. He was a former member and past president of St. Thomas Parish Council. He, along with his father, were owners of Roseville Charcoal and Manufacturing Co. Tim, with his business partners, was also involved in regional hotel ownership and operation. Tim was a member and past president of Zanesville Noon Rotary; served on the boards of Goodwill, Gus Macker, Zanesville Country Club, and Zanesville Jaycees. He was also a 3rd Degree Knight of Columbus. Tim was proud to be nominated and chosen as a torch bearer for the 1996 Summer Olympic Games. Tim was a community minded individual who enjoyed spending his time, efforts, and resources giving back to his hometown. As a result of his involvement in numerous community and charity organizations, in 1995 he received the Ray Thomas Community Service Award. He enjoyed tennis, skiing, scuba diving, travel and playing bridge, but most of all he enjoyed being with his family and friends. Tim was a loving and caring husband, father, and grandfather to whom family meant everything. Tim is survived by his wife of fifty years, Trish Longstreth; four children, Kathy (Scott) Torbert of Hilliard, OH, Julie (Terence) Kirby of Westerville, OH, Andrew (Katie) Longstreth of Glenview, IL, and Amy (Neil) Larocca of Twinsburg, OH; eight grandchildren: Maddie & Zane Torbert, Ian & Kayla Kirby, Ryan & Evan Longstreth, and Kaitlyn & Logan Larocca; three sisters, Molly (Jerry) LaFond of Two Rivers, WI, Debby Michael of Columbus, OH Sheri (Judd) Knecht of Norfolk, VA, and one brother, Dan Longstreth and his fiancée’, Kathy Feightner of Heath, OH; many nieces and nephews. In addition to his parents, Tim was preceded in death by two sisters: Ann Weaver and Susan Hayes and one nephew: Michael Hayes. Friends may call from 2:00 to 4:00 PM and 6:00 to 8:00 PM, Monday, July 9 at the Hillis, Combs, & Nestor Funeral Home, 935 Forest Avenue, Zanesville, where a Christian Vigil will be held at 7:45 PM, Funeral Mass will be celebrated at 10:30 AM on Tuesday, July 10 at St. Thomas Aquinas Catholic Church, 144 North Fifth Street, Zanesville, with Fr. Jan C.P. Sullivan, Celebrant. Tim will be laid to rest in Mount Olive Cemetery. Memorial Contributions, in Tim’s name, may be made to Genesis Hospice, 713 Forest Avenue, Zanesville or Goodwill Industries of Zanesville, 33610 West Pike, Zanesville, OH 43701. To sing the online guestbook or leave a personal note of condolence please visit www.hilliscombsnestor.com

The family of Timothy "Tim" R. Longstreth created this Life Tributes page to make it easy to share your memories.

Send flowers to the Longstreth family.