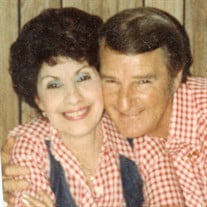 Teresa M Geyer, age 91, passed away at her home on August 2, 2015. She was born September 30, 1923 in Bridgeport, Ohio. She was the daughter of the late James and Minnie (Ellis) Dahar. She was a member of St. Thomas Aquinas Catholic Church. Teresa spent many years in family businesses of grocery, retail, and restaurant, including the very popular Downtown Lounge. She was a member of the El Binette Club, Lady Elks, VFW, and American Legion Auxillary and Daughters of Isabelle. She enjoyed card games, was an avid golfer, and continued to play golf up until the age of 88 years. She loved to line dance and cook ethnic foods for her family. Teresa is survived by one daughter, Annette Joseph Williamson of Zanesville, five grandsons, Frank Rock III (Kandy) of Powell, Ohio, Ryan Dodson (Lindsay) of Zanesville, Cy Dodson (Kelly) of Minnesota, Aaron Chalcraft (Morgan) of Columbus, Ohio, and John Williamson (Codi) of Etna, Ohio. She is survived by five great grandchildren, Jada and Jena Rock, and Rocco, Bruno and Franco Williamson. In addition to her parents, Teresa was preceded in death by her husband, Gary (Cobbie) Geyer, her daughter Lorraine Chalcraft and son in law, Michael Chalcraft, and three sisters, Mary Williams of Niagara Falls, New York, Sarah Cavicchia of Cleveland, Ohio and Ann Thomas of Las Vegas, Nevada and one brother, Guy Dahar of Zanesville, Ohio. Her wishes were to have no calling hours. Her remains will be buried next to her husband at Mt. Olive Cemetery. In lieu of flowers, the family asks that donations be made to a charity of your choice. A short memorial service will be held at Mt Olive Cemetery on Sunday, August 9, 2015 at 2:00 p.m with a Dominican Father as officiant. A celebration of Teresa's life will take place at the Zanesville Country Club on August 9, 2015 from 2:30 to 5:00 p.m. for all who knew her.

Teresa M Geyer, age 91, passed away at her home on August 2, 2015. She was born September 30, 1923 in Bridgeport, Ohio. She was the daughter of the late James and Minnie (Ellis) Dahar. She was a member of St. Thomas Aquinas Catholic Church.... View Obituary & Service Information

The family of Teresa M Geyer created this Life Tributes page to make it easy to share your memories.