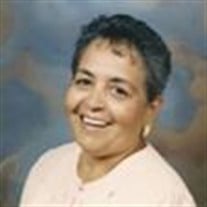 A Life of Service Saundra Sue (Sue) Mayle-Beard died in San Diego, Calif. on October 2, 2015; she was 76. She fought a long and valiant battle with lung cancer, and was surrounded by family when she died. She described her life as “blessed” with being a mother, grandmother, wife, activist and volunteer. Sue was born on August 29, 1939 and graduated from Zanesville High School in 1957. After graduation, she lived in Utica NY and returned to Ohio in 1974. Her job took her to Washington D.C. and later to Erie, PA. After retiring, in 2008 she moved to San Diego to be close to her children. She was a passionate community activist, including with the NAACP, voter registration drives in the 1960’s, campaign leader for the Democratic Party, advocate for youth and senior programs and the League of Women Voters. She was proud of her political activities, including working on every presidential campaign since John F. Kennedy and being awarded the Outstanding Democratic Woman of Erie County, PA in 2008. Throughout her life, as a vocation or as a volunteer, she was dedicated to helping others. In 1977, she started the Senior Nutrition Program in Zanesville, which evolved into the first Senior Center in the area. To assist senior citizens, Sue played an active role in keeping the Y-City transit buses running during their financial crisis in 1977. While in Erie, she became the executive assistant for Booker T. Washington Community Center providing services for low-income youth. She volunteered with the American Red Cross, United Way, March of Dimes, food banks, and multiple organizations supporting children’s causes, including the NY Child Abuse Hotline and A Place Called Home. She was active in religious communities starting with the Union Baptist Church during her childhood, United Church Women, Shiloh Baptist Church in Erie, and recently at Greater Trinity Baptist Church in San Diego, where she was a leader in the women’s service group. Sue worked in the food industry most of her adult life, initially as an entrepreneur owning the Cookie Car in Zanesville and later The Kitchen Catering in Erie. She was a restaurant manager for Wendy’s and retired from Friendly’s Ice Cream. After relocating to San Diego, she worked and volunteered with the school lunch program in the city’s school district. Sue is preceded in death by one son, Sgt. 1st Class James Robert Mayle U.S. Army (2003, Iraqi Freedom) and her parents, Elsie and James Morgan (stepfather) and Ben Johnson. She is survived by her most beloved Maynard Honesty (cousin by blood, brother by heart), Ferris Beard (spouse), three children Chris Anna Mink (Richard), Karen Mayle Williams (Timothy), Kenneth Mayle (Jeanette), nine grandchildren, four great-grandchildren and large cadre of cherished cousins and friends. Her feisty attitude, clever wit and crusading spirit are already missed. Private burial will be held in Greenwood Cemetery. In lieu of flowers, donations to your favorite charity may be made in her honor.

A Life of Service Saundra Sue (Sue) Mayle-Beard died in San Diego, Calif. on October 2, 2015; she was 76. She fought a long and valiant battle with lung cancer, and was surrounded by family when she died. She described her life as &#8220;blessed&#8221;... View Obituary & Service Information

The family of Saundra Sue Mayle-Beard created this Life Tributes page to make it easy to share your memories.

A Life of Service

Send flowers to the Mayle-Beard family.