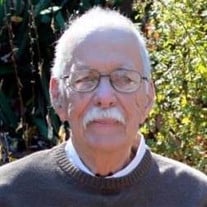 Richard G. Baum, age 83 of Zanesville, OH passed away peacefully surrounded by his family at 6:13 PM, Friday, January 2, 2015 at his home. He was born Monday, April 20, 1931 in Zanesville the son of Clarence Baum and Nettie (Blackford) Baum. He was married on December 30, 1954 to Bonita Batross Baum. He was a member of St. Nicholas Catholic Church. Richard proudly served in the United States Navy during the Korean War. He was Life time member of Knights of Columbus Council #505 and the Loyal order of the Moose Lodge #867. He and his wife owned and operated the Westmain Beverage Center and Y-City Motel. He was a 1951graduate of Lash high School. In addition to his wife of 60 years, he is survived by two sons Ricardo (Tiffani) Baum and Timothy (Brenda) Baum all of Nashport; one daughter, Jonita (Joseph) Walton of Zanesville; nine grandchildren, Timothy, Jeremy, Mindy, Julia, Jinnia, Brad, Jason, Angi, and Jacob and nine great grandchildren. In addition to his parents, he is preceded in death by one brother, Lawrence Baum. Donations may be made in his honor to Genesis Hopice 713 Forest Ave, Zanesville, , Muskingum County Animal Shelter 1430 Newark Rd. Zanesville, OH or St. Nicholas Catholic Church 925 E. Main Street Zanesville, OH. Friends may call from 2:00 PM to 4:00 PM & 6:00 PM to 8:00 PM on Monday, January 5, 2015 at the Hillis, Combs & Nestor Funeral Home, 935 Forest Avenue, Zanesville, OH where a Christian Wake Service will take place at 7:45 PM. A Mass of Christian Burial will be celebrated 10:30 AM on Tuesday, January 6, 2015 at St. Nicholas Catholic Church wth Father Martin Ralko as celebrant, following Mass a military honor service will be conducted by the VFW POst 1058 and the US Navy. A cremation with care will follow. To sign the online register book or to send a personal condolence note please visit www.hilliscombsnestor.com.

Richard G. Baum, age 83 of Zanesville, OH passed away peacefully surrounded by his family at 6:13 PM, Friday, January 2, 2015 at his home. He was born Monday, April 20, 1931 in Zanesville the son of Clarence Baum and Nettie (Blackford) Baum.... View Obituary & Service Information

The family of Richard G. Baum created this Life Tributes page to make it easy to share your memories.

Send flowers to the Baum family.