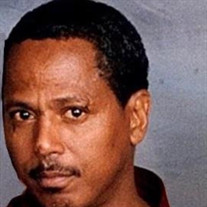 Leroy Redman Alexander, Jr., age 62, took up his wings on Sunday, October 10, 2021 after living his life the best way he knew how, making others smile. Lovingly known as Lee, aka Uncle Lees, aka Unc aka Roy Zander, he was born on March 25, 1959 in Zanesville, OH to Janet (Payton) Alexander Miller and Leroy Alexander Sr. Lee grew up in Zanesville, OH by way of Oxford, OH (Junior and high school years). Later in life Lee followed his love, Cindy Norris, to St. Petersburg, Florida for a few years before they returned back to Zanesville, OH, where they spent the rest of their lives until Ms. Norris passed. Lee then moved in with his niece, Barbara Frank, where he lived his last days. Lee was a brother to six siblings: James Alexander, Debra (Alexander) Wallace, Maria Alexander, Margo (Alexander) Al-Saffat, Heather (Miller) Booker, and Mickey Alexander. He was uncle to 26 nieces and nephews: Barbara (Wallace) Frank, John and Otto Wallace Jr., Tiffany Kennedy; Kemen and Jayme Alexander; Anthony Booker; Rahimah, Saddeeq, Hudhaifa, Usamah, Shurqran, Barakah, Zayd, Hassan, Akbar and Nafisa Al-Saffat; Jahala, Emaria, Brekayha, Ivy’Aughna, Amber, Tiffany and Mickey Alexander Jr., Brady Tanner and Bailey Bowers. He also had 16 great nieces and nephews and one on the way. It is important to note this, because Lee loved the children! He was the best with the little ones and they gave him life. Lee had numerous aunts, uncles, and cousins that he was loved by as well. Lee was preceded in death by his mother, Janet Miller and father, Leroy Alexander Sr., as well as both sets of grandparents, and his love, Cindy Norris. Lee was known for his playfulness and enjoyment of life. Lee did his best to digest every bit of happiness he could out of his life. He made so many smile, whether it was by tickling them until they screamed, rooting for his Kansas City Chiefs, hiding their grocery cart in the store, telling them he put the clouds in the sky, telling jokes to lighten hard situations, flirting with the ladies just to embarrass his mother, and the list goes on. Lee enjoyed the outdoors and working in landscaping and lawn care, despite being allergic to bees. Lee also enjoyed serving at the Eastside Community Ministries. Like his mother, he enjoyed music; everything from anything Motown to the Gap Band, George Clinton and the Funkadelics, etc. He was so fun and loving and had such big heart. Everyone has a funny story to tell about their interactions with him, and everyone will have a smile on their face when they remember him. The family will have a remembrance ceremony on Friday, March 25, 2022, which would have been his 63rd birthday. This celebration of life will be held at St. Paul A.M.E. Church, located at 561 Pine Street in Zanesville, OH, where his maternal family are life-long members. The celebration will begin at 1 p.m. The family would love to hear any loving stories you may have of Lee, so come prepared. In lieu of flowers or cards, the family requests that any donations, no matter how small or large), be directed to Hillis, Combs, & Nestor Funeral Home (935 Forest Ave. Zanesville, OH 43701; www.hilliscombsnestor.com) to help cover the cost of final arrangements, and whom we thank for their loving care of our brother/family member.

Leroy Redman Alexander, Jr., age 62, took up his wings on Sunday, October 10, 2021 after living his life the best way he knew how, making others smile. Lovingly known as Lee, aka Uncle Lees, aka Unc aka Roy Zander, he was born on March 25,... View Obituary & Service Information

The family of Leroy Redman Alexander created this Life Tributes page to make it easy to share your memories.

Send flowers to the Alexander family.