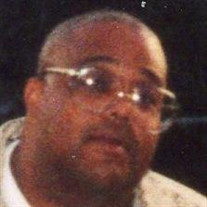 Kenneth "Kenny" DeWitt Nelson, 58 of Columbus, died 6:03 AM, Monday, November 20, 2017, at Mount Carmel Hospital, East, following a sudden illness. He was born Thursday, September 17, 1959, in Manhattan, NY, the son of John W. Nelson and the late Maxine (Williams) Nelson. Kenny was a driver for Richard Gee Trucking Company in Nassau County, New York, and also drove coast to coast for Ryder Truck Service, where he was able to visit all 48 states. Since moving to Ohio in 1997, Kenny was employed as a driver with the United States Postal Service in Columbus. He enjoyed learning to hunt and fish with this father and continued that love for his entire life. Kenny also enjoyed pistol target shooting, automobiles and motorcycles. Kenny is survived by his father: John W. Nelson of Zanesville and a host of cousins and friends. Kenny was preceded in death by his mother: Maxine Nelson Friends may call from 12 Noon to 1:00 PM, Wednesday, November 29, 2017, at the Hillis, Combs & Nestor Funeral Home, 935 Forest Avenue, Zanesville, where funeral services will follow at 1:00 PM, with Elder Rosalind Beswick officiating. Kenny will be laid to rest in Woodlawn Cemetery.

The family of Kenneth "Kenny" DeWitt Nelson created this Life Tributes page to make it easy to share your memories.

Send flowers to the Nelson family.