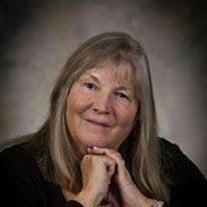 Katherine Mitzel, 73, died in her sleep at home overnight on Thursday. She had spent that day planting petunias in her garden. She had high expectations of her garden and for the people she tended and helped grow. She was a family woman and a demanding teacher. Katherine’s love for reading led to her career teaching reading which she began for the U.S. Army in Europe and ended as the Director of the Learning Advancement Center at Ohio University where she had earned her B.A. (Her Master’s Degree was from Goddard College in Vermont). In addition to her teaching positions she was a successful professional bridge player, a stinger for the Associated Press (AP) in Saigon during the Vietnam War, a bookstore owner, a chocolatier, a President Reagan appointee to the U.S. Council on Refugee Resettlement, an adjunct professor at universities in northeastern Ohio, a civil rights activist, and author of two novels. Katherine was born on April 6, 1944, the middle of three daughters born to the late Robert and Waneta (Barrett) Lambert. She is survived by her husband David P Mitzel whom she married on August 5, 1995. Sisters Clareann Phipps and Roberta (Randy) Daniels, her children Megyen Green of Zanesville, Paula (Zeno) Friscioni of Frazier, Michigan, Tom Antonucci of Lyndonville, Vermont, Dominic Antonucci of Birmingham, England, Sarah (David) Ettelman of Shutesbury, Massachusetts, and Ward (Alisia) Mitzel of Columbus, Ohio. Her grandchildren are Caitlin Sullivan; Thomas, Noah, and Emily Antonucci; Millie Antonucci and Miku Antonucci; Leif Maynard and Rosie Ettelman. Great grandchildren are Emmett and Hadley Santos. She was preceded in death by infant daughter Natalie Antonucci, and her brother-in-law Lawrence “Buddy” Phipps. Katherine particularly enjoyed her membership in the All-Around Club, her Book Club members, the water aerobics class she taught at the Field House, and friends who loved to read. A celebration of Katherine’s Life will be held on Wednesday, May 17, from 5 – 8pm at the home, 150 Muskingum Avenue, for those who have known this exceptional woman. Contributions in Katherine’s memory may be made to the Muskingum County Community Foundation (MCCF) for the Zanesville Prize for Contemporary Ceramics which she co-founded.

Katherine Mitzel, 73, died in her sleep at home overnight on Thursday. She had spent that day planting petunias in her garden. She had high expectations of her garden and for the people she tended and helped grow. She was a family woman and... View Obituary & Service Information

The family of Katherine J. Mitzel created this Life Tributes page to make it easy to share your memories.

Katherine Mitzel, 73, died in her sleep at home overnight on...

Send flowers to the Mitzel family.