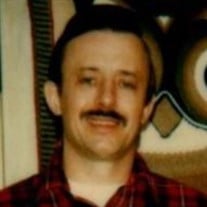 Joseph P. Kosco, age 73 of Canal Winchester, formerly of Zanesville, passed away at 12:20am, Sunday, January 9th, 2022 at Mount Carmel East Medical Center in Columbus. He was born Tuesday, July 20th, 1948 in Oswald, WV and was the son of Johnnie Kosco and Joan (Cox) Shaffer. Joe graduated from Philo High School in 1966. He served in the US Navy and was stationed overseas until he was honorably discharged in 1970. He was employed by Bellows/ Valve-Air in Zanesville for 20 years. Joe was an avid pool player, playing in leagues for many years and received many awards. He enjoyed teaching the younger generations the game and sharing his love for it. He loved the outdoors, and you could most likely find him fishing down by the river on a nice day. He had a very caring heart and was always willing to lend a helping hand to anyone that needed it. Joe was a collector of many things, baseball cards, bottles etc. His mother used to call him and his brother Bill “Sanford & Son” because they would often take an old truck out collecting and then bring it back and have to try to find somewhere to store it all (such as Bill and Colleen’s basement). He inherited his late mother’s loving, compassionate and caring personality, and was a friend to anyone he met. He was a hard worker and he didn’t know when to quit, right up to the very end. Joe enjoyed spending time with his daughters and grandchildren. He loved his family and had a special relationship with his siblings Mike, Bill and Colleen. He is survived by his two daughters, Lisa (Mike) Bowman and Jodie (Chad) Snedegar, six grandchildren, Kylie Kosco, Zach and Joey Quick, Ethan, Emmalee and Ella Rixie and two great-grandchildren; two brothers Mike Kosco and Bill (Susan) Shaffer and one sister, Colleen Shaffer and several nieces and nephews. In addition to his parents, Johnnie and Joan he was preceded in death by his longtime soulmate, Shirley Pride, his step father, William T. Shaffer, and both sets of grandparents as well as his sister-in-law, Margaret Kosco. Donations can be made in Mr. Kosco’s name to the American Diabetic Society, P.O. Box 7023 Merrifield, VA, 22116-7023 or www.diabetes.org. Friends may call from 3 to 5 PM & 6 to 8 PM on Friday, January 14, 2022 at the Hillis, Combs & Nestor Funeral Home, 935 Forest Avenue, Zanesville, OH. A funeral service will be held 11:00 AM on Saturday, January 15, 2022 at the funeral home with Fr. Martin Ralko officiating. Due to current health concerns, visitors are asked to maintain social distancing To sign the online register book or to send a personal condolence note please visit www.hilliscombsnestor.com.

Joseph P. Kosco, age 73 of Canal Winchester, formerly of Zanesville, passed away at 12:20am, Sunday, January 9th, 2022 at Mount Carmel East Medical Center in Columbus. He was born Tuesday, July 20th, 1948 in Oswald, WV and was the son of Johnnie... View Obituary & Service Information

The family of Joseph P. Kosco created this Life Tributes page to make it easy to share your memories.

Send flowers to the Kosco family.