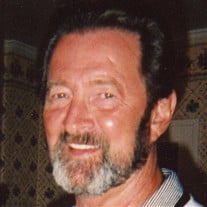 Jonathan S. “Jon” Sims, 72 of Zanesville, died 11:51 AM Thursday, November 6, 2014 at his residence following an illness. He was born Thursday, September 17, 1942 in Zanesville, the son of Michael E. Sims and Ethel (Preston) Sims. He married the late Linda Lou (Robinson) on Wednesday, July 4, 1984 and was a member of Cornerstone Full Gospel Church. Jonathan served his country as a veteran of the United States Navy and participated in the Cuban Blockade. He was a packer for the Owens-Brockway Company retiring in 2005 following 30 years of service. He enjoyed his fellow employees at Brockway and was an avid golfer. He was a dedicated 32 year member of AA and was very active holding the secretary’s office of the Wednesday Evening Group which met in downtown Zanesville, for over 25 years. He was a founder and served as President of the Board of Directors of ISRC (Indiana Street Recovery Center) and was a member of the American Legion Post 29. Jonathan was a loving and caring husband, dad and grandfather who greatly cherished the time he spent with his family and friends. He is survived by four daughters: Misti & Eddie Wiseman & Jodi & Jimmy Swendryck both of Zanesville; Staci & Dave Tipton of Zanesville Kelley Sims of CA; two stepdaughters: Terrianne & Kim Beveridge of Roseville and Stacy & Terry McFadden of Zanesville; eleven grandchildren: Alexis Wiseman, Samuel Wiseman, Zachary Swendryck, Ethan Swendryck, Kayla, Cheyenne & Kristin Tipton, Chase, Clay & Catie McFadden and Xavier Beverage. Two brothers: Michael & Katie Sims of TN and Thomas & Linda Sims of FL; two sisters: Sue & Bob Tracey of TN and Eileen Bentley of Zanesville; very special friends: Alanna Fluhart, Steve Bell and Brad Estadt all of Zanesville and many nieces, nephews and friends. In addition to his parents, Jonathan was preceded in death by his wife: Linda Sims who died October 31, 2004 and one brother: David Sims and two special dogs: Benji and Precious. Friends may call from 2:00 to 4:00 & 6:00 to 8:00 PM Monday, November 10, 2104 at The Hillis, Combs & Nestor Funeral Home, 935 Forest Avenue, Zanesville. Funeral Service will be held 11:00 AM, Tuesday, November 11, at the funeral home with Pastor Steve Harrop officiating. Burial will follow in Chandlersville Cemetery with VFW Post 1058 and the United States Navy conducting Full Military Honors. To sign the online register book or to send a personal condolence note please visit www.hilliscombsnestor.com

The family of Jonathan S. "Jon" Sims created this Life Tributes page to make it easy to share your memories.

Send flowers to the Sims family.