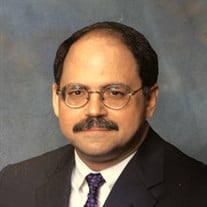 John W. Kozak, 63 of Heath, formerly of Zanesville, died 8:18 AM, Monday, November 19, 2018, at his home following a lengthy illness. He was born Wednesday, March 23, 1955, in Zanesville, the son of Herbert Kozak and Margaret (Tanoury) Kozak. He married Susan (Eppley) Kozak on Saturday, September 11, 1976, and was a former member of St. Nicholas Catholic Church and a member of St. Francis de Sales Catholic Church. John was a graduate of Rosecrans High School, where he excelled both in academics and sports. He was a varsity letterman for basketball and baseball. Upon graduation in 1973, John was the school’s All Time Leading Scorer in basketball, and was later elected to the first Hall of Fame Class at Rosecrans in 2008. After being awarded an academic scholarship, John continued his education at The Ohio State University. As a freshman, John “walked on” to the 1973, basketball team of Ohio State. He was offered a basketball scholarship in 1974, but turned it down to concentrate on his education. John graduated Summa Cum Laude from The Ohio State University in 1977, with a Bachelor’s Degree in Accounting; here he also received the Pacesetter Award from the College of Business. John started his career in 1977 as a Certified Public Accountant with Deloitte, Haskens & Sells in Columbus. In 1980 he joined Mutual Federal Savings & Loan in Zanesville, now known at Century National Bank, as Chief Financial Officer and later elected as a Board Member in 1988. John began with Park National Bank in Newark, in 1991, after their merger with Mutual Federal, and served as Chief Financial Officer until 2012. He was promoted to Senior Vice President in 1999 and elected to the Board of Directors in 2006. John retired in 2012, following 32 years of service from the Park National Bank Companies. John has left a legacy of volunteerism and commitment to his community. He has touched many lives in Muskingum and Licking Counties through his years of community service. In various leadership roles he has served as a Board Member, Past President and Treasurer for Camp O’Bannon, as well as a member and Past President of the Newark Kiwanis Club. John was a Board Member of Moundbuilders Guidance Center and was instrumental in the 2010, merger of Moundbuilders Guidance Center and Kraner Behavioral Health into a single nonprofit organization, Behavioral Healthcare Partners of Central Ohio. BHP named their annual service award, The John W. Kozak Distinguished Service Award, for him, and honored him as the first recipient in 2015. John has also served as Board Member and Chairman of the Licking County Chamber of Commerce, as well as a Board Member of the Zanesville/Muskingum County Chamber of Commerce. Additionally, John has served in leadership roles for many banking organizations, including Board Member of the Federal Home Loan Bank of Cincinnati, member of the Taxation Committee of the American Bankers Association, and taught investments and interest rate risk management for the Ohio Bankers League. In 2009, John represented the American Bankers Association in Washington D.C., with the Securities Exchange Commission. On a personal level, John was an avid sports fan. He enjoyed all sports and could tell you the stats of every team he followed. John loved golf and had season tickets to enjoy his Ohio State Buckeyes. He had a passion for sports and with that passion coached 8th grade boys’ basketball at St. Nicholas Elementary, and was the assistant coach for Newark Catholic girls’ basketball. Most of all John was a family man. He was a loving, caring husband and dotting father to his children and was very involved in all the activities of his grandchildren. Family meant everything to John. John is survived by his wife: Susan of the home; four children: Dr. Jennifer (Dr. Peter Liu) Liu, Christina Kozak, Lindsay (Will) Englefield and Michael (Jessie) Kozak; five grandchildren: Andrew & Jonathan Liu, Brody Burns, William & Emma Englefield and a grandson: John W. Kozak, arriving soon; six siblings: Herb (Susan) Kozak, Margo (Bill) Moyer, Steve Kozak, Chris (Carol) Kozak, Lisa (Dave) Kohn and Tricia Kozak; his mother-in-law: Rita Eppley; two brothers-in-law: Dave (Renee’) Eppley and Dan (Anne) Eppley, and several nieces and nephews John was preceded in death by his parents and his father-in-law: Roger Eppley. Friends may call Tuesday, November 27, 2018, from 2:00 to 4:00 & 6:00 to 8:00 PM, at the Hillis, Combs & Nestor Funeral Home, 935 Forest Avenue, Zanesville, where a Christian Vigil will be held at 7:45 PM. Mass of Christian Burial will be celebrated 10:30 AM, Wednesday, November 28, 2018, at St. Nicholas Catholic Church, 935 East Main Street, Zanesville, with Fr. Martin J. Ralko as celebrant. John will be laid to rest in Mt. Olive Cemetery. Memorial contributions may be made to Camp O’Bannon, 9688 Butler Road, Newark, Ohio 43055, or the American Cancer Society, Joseph S. & Jeanette M. Sibler Hope Lodge, 11432 Mayfield Road, Cleveland, Ohio, 44106-2364 in John’s memory. To sign the online guestbook or leave a personal note of condolence please visit www.hilliscombsnestor.com.

John W. Kozak, 63 of Heath, formerly of Zanesville, died 8:18 AM, Monday, November 19, 2018, at his home following a lengthy illness. He was born Wednesday, March 23, 1955, in Zanesville, the son of Herbert Kozak and Margaret (Tanoury) Kozak.... View Obituary & Service Information

The family of John W. Kozak created this Life Tributes page to make it easy to share your memories.

Send flowers to the Kozak family.