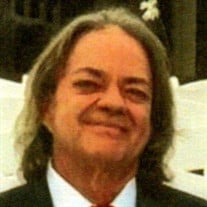 Jeffrey L. Randles, 64, of Zanesville, was surrounded by family when he passed on January 21, 2022 at Genesis Hospital after an extended illness. Jeff was born on December 29, 1957 in Cambridge, Ohio to the late William F. Randles and Donna S. Mallett Randles. He was a 1976 graduate of Zanesville High School and attended the University of Kentucky and The Ohio State University. Though Jeff’s life journey took him from southeast Ohio to Caldwell, New Jersey; from Lexington, Kentucky to Columbus and then Mt. Gilead, Ohio; Zanesville was his home. His first job was for the local cable company operated by his father, and he went on to a 40+ year career as a “cable guy.” As a cable contractor, he traveled the country from coast to coast, spending a particularly impactful 2 years working in New Orleans after Hurricane Katrina. He returned to Zanesville at the end of his career, retiring in 2020. Jeff was an intelligent, articulate, gregarious personality who never met a stranger. He could spin a tale and was often the life of the party. He enjoyed fishing (especially from Clearwater Beach in the Gulf of Mexico), camping and the company of several 4-legged companions through the years including Max, Sam, Copper and especially Snots. While Jeff had flaws and was far from perfect, in many defining moments his presence was undeniable, impactful, and even heroic. That was never truer than in 1997 when he helped save the members of his household from a devastating house fire. Jeff is survived by his children, Justin (Ann) Randles, Paige (Ben) Bierce and Hunter (Grace) Riggs; grandchildren Bentley and Bennett Bierce and Kelvin and Leon Bell; siblings Steve (Halle) Randles and Lisa (Tim) Norris; and many cousins, nieces, nephews and friends. He is also survived by aunts, Helen Randles, Mary Lou Randles and Ruth Hastings, and an uncle, Duryl Mallett. Jeff planned to be cremated with his ashes interred at the grave of his mother in Zanesville Memorial Park. A private family memorial service will be held at a later date at Hillis, Combs & Nestor Funeral Home. In lieu of flowers, the family requests that memorial contributions be made to the Randles Family Fund, c/o the Muskingum Country Community Foundation, 534 Putnam Avenue, Zanesville, Ohio 43701. To sign the online guestbook or leave a personal note of condolence please visit www.hilliscombsnestor.com

Jeffrey L. Randles, 64, of Zanesville, was surrounded by family when he passed on January 21, 2022 at Genesis Hospital after an extended illness. Jeff was born on December 29, 1957 in Cambridge, Ohio to the late William F. Randles and Donna... View Obituary & Service Information

The family of Jeffrey L. Randles created this Life Tributes page to make it easy to share your memories.

Jeffrey L. Randles, 64, of Zanesville, was surrounded by family...

Send flowers to the Randles family.