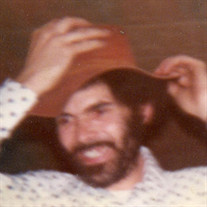 Harry S. Lett, 76 of Nashport, died 8:45 PM, Sunday, June 26, 2016 at The Ohio State University Wexner Medical Center in Columbus, following a brief illness. He was born Sunday, August 20, 1939 in Morgan County, the son of Clifford Lett and Greta (Smith) Lett. He married Martha M. (Butryn) Lett on Tuesday, September 25, 1973 and attended the Greater Apostolic Church of Christ. Harry proudly served his country as a veteran of the United States Army. He was a legendary guitar player and played in many bands throughout the area. He also taught many students the art of playing the guitar. He was a member of the DAV Clint Kramer Chapter where he served as treasurer. Harry never met a stranger and had the ability to fix anything. In his words he was a “jack of all trades and master of none.” One of his most proud accomplishments was completing his Associate Degree in Applied Science in Electrical Engineering from Zane State College at the age of 50. Harry was a loving and caring husband, father and grandfather who greatly enjoyed the time he spent with his family. In addition to his wife, Harry is survived by one daughter of the home: Ann Marie Lett; two stepsons: Roger & Scott Luman of Zanesville; three daughters: Kim Swingle, Lynn (Pops) Lett-Young and Deborah Lett all of Zanesville; four grandchildren; one brother: Robert Lett of Zanesville; one half-brother: William (Olga) Tate of Texas; one half-sister: Charlene Tate of Zanesville and a special sister & brother-in-law and friend: Margaret (Jerry) Murphy of Zanesville. In addition to his parents, Harry was preceded in death by one grandson: Chad Kennedy and one sister: Ruby Myers Gibson. Friends may call from 11:00 AM, till 2:00 PM, Thursday, June 30, 2016 at the Hillis, Combs & Nestor Funeral Home, 935 Forest Avenue, Zanesville, where Funeral Services to Celebrate Harry’s Life will be held at 2:00 PM, with Minister Adam Caldwell officiating. The United States Army and VFW Post 1058 will conduct Full Military Honors. To sign the online register book or to send a personal condolence note please visit www.hilliscombsnestor.com

The family of Harry S. Lett created this Life Tributes page to make it easy to share your memories.

Send flowers to the Lett family.