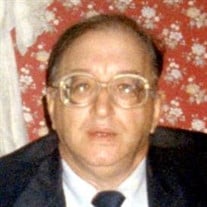 Guiseppe "Joe" Carmelo Colella, 82 of Zanesville, died 1:04 PM, Monday, November 5, 2018, at Genesis Hospital. He was born Saturday, January 25, 1936, in Boston, MA, the son of Nazarino Colella and Josephine (Tutone) Colella. He married Linda J. (Tolley) Colella on Saturday, August 6, 1994. Joe was a chef who worked in restaurants in Boston and Zanesville, retiring in 2000. He loved to play the lottery, was an avid Boston Red Sox fan and loved to cook for his family and large family dinners. In addition to his wife of the home: Linda Colella, Joe is survived by two children James T. Downes, Jr. and Steven M. (Raegan) Gallagher; three grandchildren; five siblings: Mary DeAnglo Colella, Anthony Colella, John Colella, Peter Colella, Connie Nyman and numerous nieces and nephews. In addition to his parents, Joe was preceded in death by three siblings: Josephine Colella-Racki, Rosalee Colella-Whalen and Guy Colella. Joe’s family would like to give a special thanks to Genesis Cancer Care Team for the kindness and care offered to him during his illness. A combined Gathering of Family and Friends for Joe and his father-in-law: Jennings “Duke” Tolley will be held from 4:30 to 7:00 PM, Saturday, November 17, 2018, at the American Legion Post 29, 27 South Third Street, Zanesville. Full Military Honors for Duke will be presented at 5:00 PM, conducted by the United States Navy, VFW Post 1058 and American Legion Post 29.

The family of Guiseppe "Joe" Carmelo Colella created this Life Tributes page to make it easy to share your memories.

Send flowers to the Colella family.