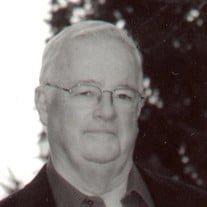 George Long Ware III, age 78, of Zanesville, Ohio died June 1st in his home of nearly 50 years, surrounded by family and friends. George fought a 4+ year battle with stenosis and paraplegia. He was passionate and persistent in his living and in his dying. Born February 19, 1941 in Newton, Massachusetts to George Ware Jr and Agatha Pickhardt. George had many passions and pursuits. He lived in Ohio briefly while growing up, returning to attend Heidelberg University where he was a “Heid”, an active member of Heidelberg Men’s Literary Society whose motto is “Unity Through Diversity”. Diversity was a long-standing value he held dearly. He later was an active member of NAACP in Zanesville and the treasurer, for over 30 years. He was a retired Emeritus Professor of English at Ohio University of Zanesville. He taught 37 years teaching Shakespeare and Literature and a course he created about Poetry and Rock-n-Roll. Also, teaching English Writing through a tutorial program. He was passionate about supporting young students in what was often their first attempt at college. A member of the college English Association, he was instrumental in founding SOCTE Southeastern Ohio Council of Teachers of English. George had many interests, an avid gardener, a housepainter painting one side of his 3-story Victorian home every year. He enjoyed years of recreational basketball and softball at OUZ. He cheered fiercely and loudly for the Red Sox, the Bruins, the Celtics and the Cleveland Browns. All who knew him well knew his biggest passion was music. He played guitar and had an interest in many instruments, even made his own dulcimer. He enjoyed music venues all over the country and was particularly enamored with the Zanesville venues and artists. He supported local music wherever he went. He was always on the cutting edge, owning the latest album, and knew of up and coming artists years before they became well-known. George was the first in his neighborhood to have MTV. Lastly, he is the former owner of the largest vinyl collection this side of the blah, blah, blah. Important to George was family. After moving to Ohio for college, he stayed. His siblings Lyn Ives, Carla Howes, Michael Ware and their families remained in Massachusetts and live there currently. Every summer and at Christmas time George and his family traveled east. George is survived by his wife Peggy (Frey) of Rittman, Ohio, married June 6, 1964 for 55 years, and their 3 children; George Ware IV (Pam Wetzel), Mary Ware (her fella Tim), Katherine Monroe (her husband Arin, and their 2 children Ava age 12 and Nicholas age 10). A special thanks to our angels (aids) Jody Severance and Crystal Daniels who lovingly and so very well, cared for George, both for his body and his spirit. We could not have had him at home without these two women. A celebration of George’s life will be held June 29th, 10:30am at George and Peggy’s church, Trinity United Presbyterian Church 830 Military Road Zanesville, Ohio 43701. An Open House will follow immediately at the Ware’s residence until 2:00pm. A memorial donation in George’s name may be made to “Hospice of Central Ohio”. We are forever grateful for the care, compassion and support of the whole hearted and dedicated nurses and staff of this hospice organization. They expertly guided us on George’s journey. https://foundationforhoco.org/donate-now/

George Long Ware III, age 78, of Zanesville, Ohio died June 1st in his home of nearly 50 years, surrounded by family and friends. George fought a 4+ year battle with stenosis and paraplegia. He was passionate and persistent in his living and... View Obituary & Service Information

The family of George Long Ware III created this Life Tributes page to make it easy to share your memories.