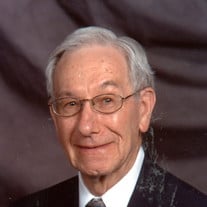 George J. Rundag, Jr., 80 of Shelby, formerly of Zanesville died 11:40 AM, Tuesday, February 17, 2015 at his home in Shelby, following a sudden illness. He was born Saturday, August 25, 1934 in Zanesville, the son of George J. Rundag, Sr. and Dorothy L. (Nichols) Rundag. He married Marilyn A. (Weaver) Rundag on Saturday, October 15, 1960. George was a former member of St. Nicholas Catholic Church and a current member of Most Pure Heart of Mary Catholic Church in Shelby. George served in the 37th Infantry Division, Ohio National Guard. He graduated from Bishop Rosecrans High School and received his Bachelors of Business Administration with a Major in Industrial Management from The Ohio State University. He worked as an Industrial Engineer with Western Electric in Columbus, TRW, Inc. in Dayton, Anaconda Wire and Cable in Sycamore, IL and NCR Corporation in Cambridge where he later worked as a Programmer Analyst retireing in 1992. He later worked for Good Samaritan Hospital and Genesis Healthcare working in Information Systems retiring in 2003. He was a past Faithful Navigator of the 4th Degree Knights of Columbus, Council 505 in Zanesville. He was very active at St. Nicholas Catholic Church where he served in many ministries as a Lector, Cantor, Altar Server, Eucharistic Minister and choir member. He was also active with St. Nicholas Grade School and Bishop Rosecrans High School. He had a passion for music and was in a quartet while in high school and participated in the Zaney Follies and the Greater Zanesville Singers. George is survived by his wife of 54 years: Marilyn Rundag; three children: Lisa Rundag of Columbus, Mary (Thomas) Gannon of Guilford, CT and Christopher Rundag and his fiancée’ Margaret Phillips of Shelby; five grandsons: Brennan Osborn of Cleveland; Joseph, Ryan and Alex Gannon all of Guilford, CT and Luke Rundag of Shelby; one brother: Michael Rundag of Columbus; two sisters: Norma Norman and Rosemary (Jim) Rittberger both of Zanesville and several nieces and nephews. In addition to his parents, George was preceded in death by one sister and brother-in-law: Nancy & Dan Matson; one sister-in-law: Karen Rundag; one infant sister: Yvonne and an infant brother: Myron. Friends may call from 3:00 to 7:00 PM, Sunday, February 22, 2015 at the Hillis, Combs & Nestor Funeral Home, 935 Forest Avenue, Zanesville where a Christian Vigil will be held at 6:45 PM. Mass of Christian Burial will be celebrated 10:30 AM, Monday, February 23, 2015 at Saint Nicholas Catholic Church, 925 East Main Street, Zanesville with Fr. Martin J. Ralko as celebrant. George will be laid to rest in the family plot in Mount Olive Cemetery. Memorial Contributions may be made to The James Cancer Hospital c/o The Ohio State University Foundation, 1480 West Lane Avenue, Columbus, Ohio 43221 and the Alzheimer’s Association Central Ohio Chapter, 1379 Dublin Road, Columbus, Ohio 43215 in George’s memory. To sign the online register book or to send a personal condolence note please visit www.hilliscombsnestor.com

The family of George J. Rundag, Jr. created this Life Tributes page to make it easy to share your memories.