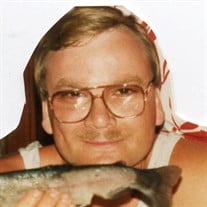 Gary L. Davis, 65, of Zanesville, died 10:00 PM, Saturday, December 21, 2019, at Select Specialty Hospital in Newark, following a brief illness. He was born July 24, 1954, in Zanesville, the son of Richard & Mary Fadra (Cason) Davis. Gary spent his entire life in retail beginning as a young man with Powell Market in Putnam, and retiring as Assistant Manager from Walmart in April of 2019. He enjoyed fishing, bowling and spending time with his family. Gary is survived by two sisters: Phyllis Davis of Waynesville, and Karen Holbein of Zanesville; one brother: Jerry Davis of Zanesville, and one sister-in-law: Patricia Davis of Zanesville, and several nieces and nephews. In addition to his parents, Gary was preceded in death by one brother: Robin Davis. Friends may call Friday, December 27, 2019, from 10:00 AM till 12 Noon, at the Hillis, Combs & Nestor Funeral Home, 935 Forest Avenue, Zanesville, where funeral services will follow at 12 Noon, with Pastor David Nufher officiating. Burial will follow in Woodlawn Cemetery.

The family of Gary L. Davis created this Life Tributes page to make it easy to share your memories.

Send flowers to the Davis family.