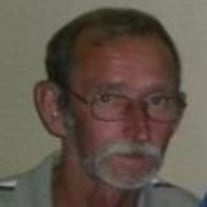 David L. Sowers, 72 of Zanesville, died Saturday, June 26, 2021, at Genesis Morrison House Hospice. He was born May 16, 1949, in Zanesville, the son of Charles H. Sowers and June L. (Singer) Sowers. He married Marcella “Marcy” M. (Dudas) Sowers on April 16, 1982. Davie retired from Owens Corning after many years and served in the US Army during Vietnam. He enjoyed hunting, fishing, and relaxing in his garage. He was a dedicated family man who enjoyed being active in his children and grandchildren’s activities. Dave never met a stranger and was everybody’s friend. Davie is survived by two loving children: Ryan (Caitlyn) Sowers and Megan (Justin) Dosch; five grandchildren: Avery & Gavin Sowers, and Lillian, Sophie & Colton Dosch; five brothers: Chuck (Margaret) Sowers, Frank (Vicki) Sowers, Mark (Shelly) Sowers, Don (Christine) Sowers and Jim (Dorothy) Sowers, and many nieces and nephews. In addition to his parents, Davie was preceded in death by his wife: Marcy M. Sowers; one son: Corey A. Sowers; and one sister: Marlene Barnhart. Donations may be made in Dave's Name to the Genesis Morrison House Hospice, 713 Forest Ave. Zanesville, OH 43701. Friends may call 4:00 to 7:00 PM, Monday, June 28, 2021, at the Hillis, Combs & Nestor Funeral Home, 935 Forest Avenue, Zanesville, where funeral services will be held 10:30 AM, Tuesday, June 29, 2021,with Fr. Martin J. Ralko as celebrant. Dave will be laid to rest beside his beloved wife in St. Paul’s Cemetery, where the VFW, Post #1058 and American Legion, Post #29 will conduct full military honors. There will be party in Dave’s garage immediately following the graveside. Let’s raise one up, the beer is on him, I checked the “Born on Date” and the Fridge needs cleaned out. To sign the online guestbook or leave a personal note of condolence, please visit, www.hilliscombsnestor.com.

The family of David Sowers created this Life Tributes page to make it easy to share your memories.

Send flowers to the Sowers family.