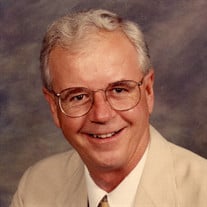 David E. "Ned" Hillis, 72 of Zanesville, passed peacefully at 4:26 AM, Monday, October 16, 2017, at the Oaks at Bethesda following a lengthy illness. He was born Thursday, November 2, 1944, in Zanesville, the son of Loren E. “Doc” Hillis and Sarah (Richards) Hillis and was a former member of St. Thomas Aquinas Catholic Church. Dave served his country as a veteran of The United States Army during the Vietnam War in the Mortuary Division. Dave, along with his brother Jim, were second generation owners of the Hillis Funeral Home where Dave became involved in the funeral home at a very early age with his father. After graduating from mortuary school he joined the funeral home as an embalmer and funeral director. He remained active until his retirement in 2013 as co-owner and was an active member of the Ohio Funeral Directors Association and Ohio Embalmers Association. Dave was also actively involved in the Zanesville Community giving his time and talents to many local organization including; past president of Zanesville Jaycees, member of Zanesville Noon Rotary, Muskingum County Health Department Board of Directors and Treasure for the Campaign Levy. He served as Chairman of the Zanesville Board of Zoning Appeals and was a long standing member of the Knights of Columbus # 505, Eagles Lodge # 302, a Life Member of VFW Post 1058 and was a volunteer with Genesis Healthcare. Dave loved to cook and entertain. He will always be remembered for his yearly holiday parties and his mad skills at euchre, a game he immensely enjoyed. The Hillis Family would like to thank the staff at the Oaks of Bethesda and Genesis Hospice for their compassion and quality of care given to Dave. Dave is survived by his brother: Jim (Sue) Hillis of Zanesville; two sisters: Ellen Hillis of Zanesville and Carol (Ed) Ferguson of Chelan, WA; a special niece: Dee Ann Mell of Zanesville, along with many nieces, nephews, great nieces and great nephews. In addition to his parents, Dave was preceded in death by a sister & brother-in-law: Kay & Bill Mell, niece: Kelly Hillis, great niece: Madison Paul and great nephew: Shawn McFerren. Friends may call from 2:00 to 4:00 and 6:00 to 8:00 PM, Wednesday, October 18, 2017, at the Hillis, Combs & Nestor Funeral Home, 935 Forest Avenue, Zanesville, where a Christian Vigil will be held at 8:00 PM. Mass of Christian Burial will be celebrated 10:30 AM, Thursday, October 19, 2017, at Saint Nicholas Catholic Church, 955 East Main Street, Zanesville, with Fr. Martin J. Ralko as celebrant. Dave will be laid to rest next to his parents in Mount Olive Cemetery with the United States Army, VFW Post 1058 and American Legion Post 29 conducting full military honors. In lieu of flowers, memorial contributions may be made to Genesis Hospice and Palliative Care, 713 Forest Avenue, Zanesville, Ohio 43701. To sign the online guestbook or to leave a personal note of condolence please visit www.hilliscombsnestor.com.

The family of David "Ned" E. Hillis created this Life Tributes page to make it easy to share your memories.

Send flowers to the Hillis family.