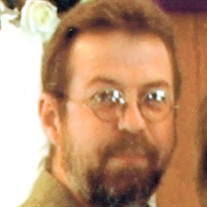 W. Dale Kanavel, 59 of Frazeysburg, died 11:00 AM, Saturday, October 29, 2016 at his home. He was born Wednesday, May 1, 1957 in Zanesville, the son of William T. Kanavel and Lavonne (Neal) Morrison. He married Terri (Arnold) Kanavel on Saturday, April 19, 2008, his companion of over 17 years. Dale loved music, especially the Beatles, and was the drummer with the Rock & Roll Band Rif Raf since 1984. He was employed by Thirty One Gifts of Easton and previously with the Boeing Corporation at Newark Air Force Base as an Electronic Technician for 17 years. Dale enjoyed woodworking and loved the Cleveland Browns. Dale is survived by his mother & step-father: Lavonne & Luke Morrison of Frazeysburg; his wife of the home: Terri; two step-sons: Daniel Dotson & fiancé Brooke Weaver of Nashport and Joey Dotson of the home; two brothers: Don Kanavel of Frazeysburg and Scott Morrison of Dresden; five nieces and nephews: Michael Kanavel, Brett Kanavel & Brittany Foughty, Skylar Morrison & Hunter Morrison; many close cousins, band mates and a host of friends. He also leaves at home five cats of which he considered his children. In addition to his father, Dale was preceded in death by a step-son: Dusty Daugherty and one nephew: Casey Morrison. Friends may call 6:00 to 8:00 PM, Thursday, November 3, 2016 at the Hillis, Combs Nestor Funeral Home, 935 Forest Avenue, Zanesville, and one hour prior to services from 12 Noon to 1:00 PM, on Friday. Funeral Services will be 1:00 PM, Friday, November 4, 2016 at the funeral home with Fr. Donald Franks officiating. Burial will follow in Frazeysburg Cemetery. Memorial contributions may be made to a charity of one’s choice in Dale’s memory. To sign the online register book or to send a personal condolence note please visit www.hilliscombsnestor.com.

W. Dale Kanavel, 59 of Frazeysburg, died 11:00 AM, Saturday, October 29, 2016 at his home. He was born Wednesday, May 1, 1957 in Zanesville, the son of William T. Kanavel and Lavonne (Neal) Morrison. He married Terri (Arnold) Kanavel on Saturday,... View Obituary & Service Information

The family of Dale Kanavel created this Life Tributes page to make it easy to share your memories.

Send flowers to the Kanavel family.