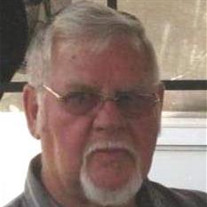 Charles W, Evans, Sr. 83 of Philo, died 10:20 PM, Saturday, November 30, 2019, at Beckett House in New Concord. He was born Sunday, January 26, 1936 in Roseville, the son of Charles E. Evans and Josephine (Humphries) Evans. He married Barbara J. “Jean” (Wilson) Evans on Tuesday, October 27, 1959, and was a member of Trinity Evangelical Lutheran Church. Charles served his country as a veteran of the United States Navy. He was employed in the Oil Field Industry and later in the Trucking Business for over 21 years. In between and following his retirement Charles has several small jobs to pass the time. He enjoyed staying busy. He was a member of the American Legion Post 29 and enjoyed hunting and fishing. Charles was a loving and caring husband, father, grandfather, and great grandfather who enjoyed spending time with his family. Charles is survived by one son: Charles & Dawn Ann Evans of New Concord; one step-son: Tony & Donna Evans of Zanesville; three daughters Becky & Ed Inman of Philo, Kim & Troy Ball of Gratiot and Shelby Evans of Zanesville; twenty six grandchildren; eight great grandchildren; one brother and seven sisters. In addition to his parents, Charles was preceded in death by his wife of over 54 years: Barbara “Jean” Evans who passed away on May 30, 2014; one son: infant Robert Wesley Evans; two brothers and three sisters. Friends may call from 2:00 to 4:00 and 6:00 to 8:00 PM, Tuesday, December 3, 2019, at The Hillis Combs & Nestor Funeral Home, 935 Forest Avenue, Zanesville. Funeral Services will be held Wednesday, December 4, 2019, at 1:00 PM, Wednesday, December 4, 2019, at the funeral home with Pastor Andrew Wilson officiating. Charles will be laid to rest in Memorial Park Cemetery next to his beloved wife: Jean with The United States Navy, VFW Post 1058 and American Legion Post 29 conducting Full Military Honors. To sign the online guestbook or leave a personal not of condolence, please visit www.hillicombsnestor.com

The family of Charles W. Evans Sr. created this Life Tributes page to make it easy to share your memories.

Send flowers to the Evans family.