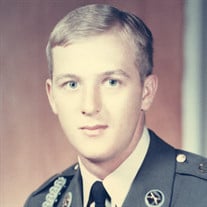 Cecil M. Brownfield age 68 of Zanesville died Friday, November 20, 2015 at Genesis Hospital in Zanesville following a brief illness. He was born Monday, January 27, 1947 in Zanesville the son of Lamont Brownfield and Wanda (Williams) Brownfield. He was married to Marsha (McLain) Brownfield who survives. He was a member of the East 40 Church of Christ. He served in the United States Army during the Vietnam War. Cecil was a meat cutter for Rittberger and the meat manager for Sunrise IGA and Save-A-Lot Supermarkets. He is survived by his wife, one daughter Trisha Kolsky of Zanesville; one son Stacey Starner of Indianapolis; one step son, Christopher (Mindy) Kenyon of Dayton; one step daughter, Holly Winland; four grandchildren Cody, Ryan, Tyler, and Alyssa, one great grandson, Nico; one step grandson Collin; one step granddaughter, Olivia; four sisters, Rose Doyle, Charlotte (Gary) McGuire, Linda Ritterbeck, all of Zanesville and Cheryl Saad of Robinson, IL; one brother, Gregory (Teresa) Brownfield of Zanesville and numerous friends and extended family. In addition to his parents, he is preceded in death by one son Jody Brownfield and one brother Mark Brownfield. The family would like to thank the staff at the Genesis Hospital CCU for their compassion and care. Donations may be made in Cecil’s honor to the East 40 Church of Christ, 7522 E Pike, Norwich. Friends may call from 2 to 4 PM & 6 to 8 PM on Sunday, November 22, 2015 at the Hillis, Combs & Nestor Funeral Home, 935 Forest Avenue, Zanesville, OH. Also, Monday 10 AM to 11 AM at East 40 Church of Christ, 7522 E Pike, Norwich where a funeral service will be held at 11:00 AM with Pastor Bill Meaige officiating. Burial will conclude in the St. Paul Cemetery in Sonora with Pastor Jason Cole officiating and the VFW Post #1058 and American Legion #29 will conduct full military honors. To sign the online register book or to send a personal condolence note please visit www.hilliscombsnestor.com. The Hillis, Combs & Nestor Funeral Home and Goebel Funeral Home is honored to be serving the Family.

The family of Cecil Brownfield created this Life Tributes page to make it easy to share your memories.

Send flowers to the Brownfield family.