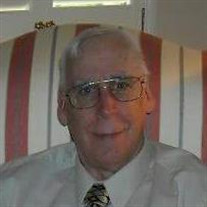 Brian H. Foley, age 74 of High Point, NC, formerly of Zanesville, died suddenly of natural causes, Wednesday, December 9, 2015 at his home in High Point. He was born Friday, June 27, 1941 in Pittsburgh, PA, the son of Henry and Marjory (Brown) Foley and was Catholic by faith. Brian was a graduate of Adamsville High School and served his country as a veteran of the United States Navy. He served as a firefighter for the City of Zanesville, for over 20 years and was a member of IAFF (International Association of Fire Fighters) Local 88, American Legion, Am Vets and VFW. He was very involved and active in Emotions Anonymous and Alcoholics Anonymous. He had two passions: writing poetry and clowning as “Smiles O’Love.” He was a loving and caring father, grandfather and great grandfather who enjoyed the time he spent with his family. Brian is survived by two daughters: Teresa Green of Newark and Tamara (Dennis) Herman, of Heath; five grandchildren: James (Brittany) Green, Jarrod Cummings, Kyle Foley, Emily Herman and Lynzie Herman; two great grandchildren: Andrew Foley and Winter Untereiner; one sister: Diana (Joe) Click of Malta; one sister-in-law: Beverly Foley of Zanesville and the mother of his children: Donna Foley of Zanesville; and many nieces and nephews. In addition to his parents, Brian was preceded in death by one grandson: Alexander Cummings; one sister: Anita Foley and one brother: Claude Foley. The family will receive friends one hour prior to services from 11:00 AM to 12 Noon, Tuesday, December 22, 2015, at The Hillis, Combs & Nestor Funeral Home, 935 Forest Avenue, Zanesville, where a Celebration of Life Service will follow at 12 Noon with Rev. Steve Price officiating. Burial will follow in Greenwood Cemetery Veteran’s Garden with VFW Post 1058 and the United States Navy conducting Full Military Honors. To sign the online register book or to send a personal condolence note please visit www.hilliscombsnestor.com

The family of Brian H. Foley created this Life Tributes page to make it easy to share your memories.

Send flowers to the Foley family.