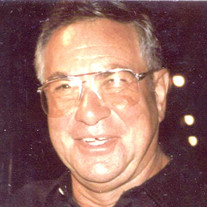 Bernard F. "Bud” Yinger, 84 of Lake Havasu City, AZ, formerly of Zanesville, died December 16, 2017, in Arizona. He was born May 20, 1933 in Zanesville, the son of Walter & Clara (Crum) Yinger, Sr. Bud was a graduate of Rosecrans High School and in his graduating year he was chosen to receive his diploma first. He served his country as a veteran of the United States Army. He was a carpenter and home builder for over 55 years and he had just recently received his 55 year pin from the Carpenters Union. During his early years he built homes in Miami, FL., and then moved to Alaska where he met his wife: JoAnn Yinger where he was involved in construction with the Alaska Pipe Line. Following his retirement they moved to Lake Havasu City. Bud is survived by wife: JoAnn Yinger of AZ; three step-children: Ronnie (Cheryl) Foster, Danny (Roxanne) Foster & Josie (Terry) King; several step-grandchildren; one sister: Bernadetta Hutchison of Zanesville; nieces and nephews: Mary Ann (Tony) Bishel of Columbus, Dianna Gibbons of Zanesville, Lorayn (Donald) Stillion of Nashport, Michael (Marsha) Hutchison of Zanesville, Tony (Tina) Hutchison of Zanesville, John (Lucinda) Yinger of Somerset, James Yinger & Mark Yinger both of Somerset and Joseph Yinger of Glenford. In addition to his parents, Bud was preceded in death by two brothers: Walter Yinger, Jr. and Raphael (Verna) Yinger and an infant brother: John Yinger; one brother-in-law: Bernard L. Hutchison. The family will receive friends from 9:30 AM till10:30 AM, Saturday, January 20, 2018, at St. Nicholas Catholic Church, 925 East Main Street, Zanesville, where Mass of Christian Burial will be celebrated 10:30 AM with Fr. Martin J. Ralko as Celebrant. Burial will follow in Mt. Olive Cemetery with the United States Army, VFW Post 1058 and American Legion Post 29, will conduct full military honors. Memorial contributions may be made to St. Nicholas Catholic Church, 925 East Main Street, Zanesville, Ohio 43701.

The family of Bernard "Bud" F. Yinger created this Life Tributes page to make it easy to share your memories.

Send flowers to the Yinger family.